My grandfather was a soldier in Hitlers army 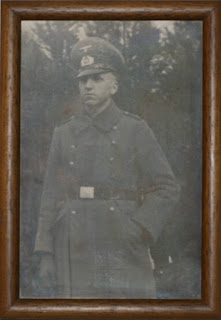 My grandfather was a soldier in Hitlers army. The Wehrmacht.

He was born on the 20th of march in 1915 in the granddutchy of Oldenburg as a son of Hermann and his jewish wife Henriette. His father had died in the last year of World War I at the age of 23.

My grandfather grew up to be a gardener. Gardeners and farmers were important to the war effort so he was not unlike my other grandfather one of the first to go to war. As my grandfather was drafted he spent time in France. My grandfather liked France. The weather was good and the french were nice. 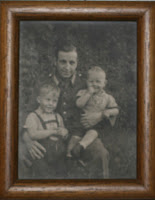 The first son of my grandfather was names Heiko. He was born in 1940. The second son was named Horst and was born in 1942. Before the birth of Horst, Hitler attacked the Soviet Union.

My grandfathers were soldiers in Hitlers army. Wilhelm, my other granddad died near Smolensk on the 7th of July 1941, 39 years before my birth and only two weeks after the attack. My granddad was no longer in France, he was in Russia. He wore his Colt and his cowboy scarf. He liked books about the american wild west from Karl May. He liked the idea about seeing America but he was in cold Russia.

My grandfather was a soldier in Hitlers army and he was a hero.

As Horst was born, his second son he got two weeks of vacation at home as all german soldier got. Horst was a beautiful baby as his brother had been before. After two weeks he had to go back with his Colt and his scarf. My grandfather was a hero. He did not find the front lines. He did not find the front lines for three weeks. He was a son of a jewish mother in a foreign land and he did not want to fight this stupid war.

His brothers name was Adolf. The irony. Adolf was a son of a jewish woman. Good little Wehrmacht soldiers killed him in Russia as they found out. Adolf was a nice man like his brother and he did not want to fight that stupid war. Adolf was never found and his brother refused to find the frontlines.

My granddad was a hero because he refused to fight. My granddad liked flowers and attend to crops. All he wanted to be was a gardener and love his wife. Sometimes he liked to make little pieces of art.

My grandfather was captured in Russia and became a prisoner of war. He rather threw his gun away then get shot for Hitlers cause. He liked France more than Siberia and he told stories in the prison camp for cigarettes. He learned a bit of russian. He was never perfect and liked to smoke. He never quit. 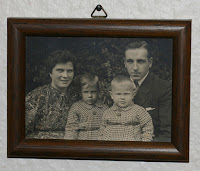 After five years he was allowed to go home. His head was shaven and he was barely more than a skeleton when he came home to my grandmother and his two boys.

In 1952 my mother was born. A baby sister for my two uncles.

My grandfather had been a soldier in Hitlers army and he was a hero. He rolled his own cigarettes and you couldn't tell the difference to bought ones. He later worked as a gardener in the botanical garden of Oldenburg. My grandfather never saw America but he saw Italy after the war. My grandmother and him been there in their own italian car.

My grandfather was a soldier in Hitlers army. A father and a human being.


Most soldiers aren't heroes, my grandfather Heinz was. 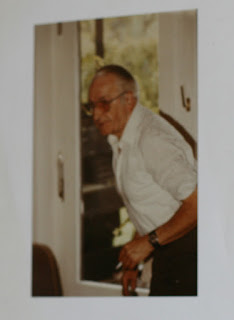 His wife Gertrud died on the evening of February the second.
It's time to meet your hero and your son grandma.
Posted by Unknown at 01:29